A person is guilty of arson if he knowingly starts a fire or causes an explosion which unlawfully damages the property of another. 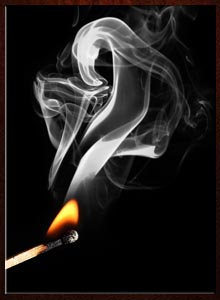 Arson can be charged as a felony or a misdemeanor, depending on the facts of case.  That means punishments for arson can include fines, restitution, probation, forced psychological treatment, or days, weeks, and years of sitting in a jail cell.

All cases are different.  BUT(!) our experience has taught us that law enforcement and government fire investigators ALWAYS treat these cases with intense scrutiny.

Prosecutors and judges and social scientists frequently buy into the theory that Arson can be indicative of more underlying sinister behavior or future practices such as violence or sex crimes.

If you are asked about, accused of, charged with, or under investigation for Arson, you need to act fast and call a lawyer.  DO NOT under any circumstances speak with firemen, fire inspectors, insurance investigators, or police if asked to do so without first speaking with a lawyer.  Otherwise, you are the one who is likely to get burned.

Here’s why.  Arson can be treated as a crime of violence, fraud, theft, or some other creative prosecutorial theory.  If you are accused of burning (or attempting to burn) down a structure, lots of people have an interest in trying to smoke you.  First, the police and prosecutors will want to arrest you and throw you in jail.  The fire inspector and insurance investigator will want to deprive you of any coverage for fire damage for which you may not have been responsible.  Property owners (including banks or mortgage companies) may not only want to see you locked up, but will most likely want to sue you for lots of money cover the fire damage for which you are blamed.

If you need to fight an arson accusation, you will need a lawyer.  Your lawyer will most likely need to hire a private arson expert to work on your behalf.  An arson expert can help your lawyer to disprove the prosecutor’s case against you; can second guess and disprove the fire inspector’s conclusions; and most importantly can write a report that may get your case dismissed, dropped, won at trial, or dropped down to a lesser crime or smaller punishment during plea negotiations.

Don’t get burned by trying to handle an arson case alone.  Call us at OSBORNE LAW and let us help you to pour some water on law enforcement’s efforts to smoke you. 603-595-5525.  Or Contact Us Here.