WHAT IS DISORDERLY CONDUCT?

Who hasn't gotten loud and obnoxious in a public place? When Attorney Mark Osborne asked this question of a crowded room during a presentation, no one raised their hand.  Why?  Because everyone has been loud, obnoxious, and unruly in public sometime in their lives.  Yes, even your mother – don't believe her denials. 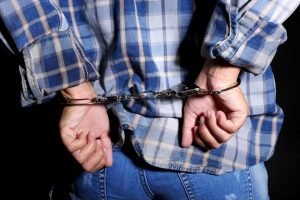 So, if loud and obnoxious behavior is common, then why is it a crime to be disorderly in public? Don't I have a 1st Amendment right to express myself freely?

At OSBORNE LAW, people ask us questions like these weekly and even daily.  These are good questions to which there are some very good answers.

The Disorderly Conduct law does not necessarily outlaw loud talking or the playing of music. Instead, it attempts to identify and eliminate circumstances whereby one person's behavior may cause another person to experience harm, substantial inconvenience, or fear.  Here are some examples of what we are talking about:

You and your friend are having dinner at a sidewalk table in downtown Nashua, NH.  You both start laughing out loud and uproariously as you watch Attorney Mark Osborne attempt to parallel park his Toyota Rav 4.

Is this Disorderly Conduct?  NO!  You and your friend are living your best lives, you aren't harassing anyone, you aren't intoxicated, you aren't threatening anyone, you aren't blocking either car or foot traffic, and you aren't being vulgar.  Plus, watching Attorney Mark Osborne try to parallel park is worth a good laugh anytime, day or night.  The law anticipates that people will speak and laugh and be loud in social establishments, and takes lighthearted moments like this into account.  So chuckle away and tip your waiter a little extra, for you won't be needing to hire a lawyer this night.

You just left a club.  You are walking down a city sidewalk.  You can still feel the sound of "boom boom boom" techno music echoing in your ears.  Unfortunately for you and everyone around you, the music is the only thing you can feel after drinking six beers and three Gin and Tonics.

You feel your legs about to give out.  You sit on the sidewalk.  You think to yourself, "This concrete is more comfortable than it looks." You then lay on the sidewalk and wonder why the world is spinning like a Merry-Go-Round.

People are trying to move freely on the sidewalk. However, they are unable to because you are now sprawled across the manhole cover like a cat in sunlight. So, now passersby are choosing to step into the street and risk getting hit by a car because you are "obstructing" their freedom of movement.

Is this Disorderly Conduct?  Yes!  Why? Because even though you aren't making much noise (aside from some groans and inquiries as to which way is up), you are "obstruct[ing] vehicular or pedestrian traffic on any public street or sidewalk …" This behavior is a direct violation of RSA 644:2 (II)(C) – the Disorderly conduct law.

More importantly, laying on the sidewalk is deemed a crime not because anyone is particularly concerned about how much you drank or the bad music you were listening to a few moments before.  Rather, the concern is that your drunken state in public is now endangering innocent people around you.  People walking on the sidewalk now have to risk getting hit by cars because they have to step into the street in order to pass by you.  Hence, we have a Disorderly Conduct situation here because your public behavior is interfering with other folks' ability to also enjoy being peaceably in public.

You see your mortal enemy across the street.  You recall all the times he borrowed money from you and never paid you back.  You then recall the time he yelled at your spouse and kicked your dog.  You have had a long day and you feel your blood boiling just at the mere sight of him.  You are trying to ignore the sight him, but then you recall the time he tried to actually convince you that Jar Jar Binks was a positive addition to the Star Wars saga.  Now, there is no going back:  You yell profanities!  You call your mortal enemy every name in the book!  You swear! You yell!  You tell him where to go and where to sick things once he gets there.

A few people are walking by and seem distressed by your antics.  You are still shouting at your mortal enemy as he hurriedly ducks into an ice cream shop.  You keep yelling profanities from the sidewalk.  You can see him through the ice cream window.

You think that your mortal enemy has no business eating ice cream.  So now, you start "oinking" and mooing" at him from across the street.

Finally, a woman walks up to you.  You see that she has her six year old daughter with her.  The woman says, "Excuse me, sir.  You are offending swear words are offending me and your oinking and mooing are scaring my daughter.  Can you please stop."

You ignore this woman.  You oink and moo and shout and swear even louder.

Eventually a police officer shows up.  The animal control officer shows up too given the reports of loud oinking and mooing, but quickly realizes she isn't needed and heads off for different pastures.

The message here remains the same.  You were arrested not because your swearing, oinking, and mooing will spell the end of civilization. Rather, you interfered with the right of people around you to live and walk peaceably amongst their community without fear or alarm.  Furthermore, if everyone is permitted to behave as you did, the end of civilization may not seem so remote.

At OSBORNE LAW, we know that everyone can have a bad day.  As a We also know that a Disorderly Conduct arrest should not spell the end of your life, career, reputation, and all that you have worked so hard to achieve.  Call us today if you or someone you care about is wrestling with a Disorderly Conduct charge or accusation.  We don't judge.