In New Hampshire, Negligent Driving is prohibited by RSA 265:79-b, which states: 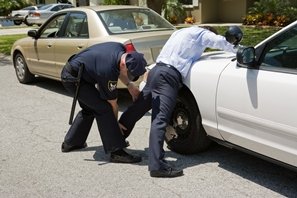 Although the above RSA (law) does not say so, it is possible (and even likely in many instances) for someone to have his/her license suspended for up to 30 days by the court if convicted of Negligent Driving.

How? There is a law in the New Hampshire Motor Vehicle code, RSA 263:57, called the “just cause” statute.

Any justice of a district or municipal court or of the superior court may suspend any license issued to any person, for a period not to exceed 30 days, after a conviction of an offense under the provisions of this title, after due hearing, for any cause which he may deem sufficient.

Make no mistake, Negligent Driving citations are still serious enough to cause you and your driving record big problems.  A Negligent Driving conviction is officially categorized by the New Hampshire Department of Motor Vehicles (“NH DMV”) as a major motor vehicle offense.

If you receive 3 major motor vehicle offenses within 5 years, the NH DMV will label you as a Habitual Offender.  Next, the NH DMV will strip you of your New Hampshire driver’s license for anywhere from 1-4 years.  Then, suppose you are caught driving a motor vehicle on a public street in New Hampshire. In that case, you will be arrested and charged with a felony count of Habitual Offender.

If convicted for driving while being a Habitual Offender, you will risk going to jail for 1 year or prison for 2 ½ to 5 years.  Granted, most people do not go to prison for driving offenses, but why would you want to take the chance?

In addition to fines, license suspensions, and habitual offender risks, you also have to concern yourself with the NH DMV demerit point system.

If you receive too many demerit points on your motor vehicle record, the New Hampshire DMV will call you in for a hearing to examine your driving record.  After the hearing is concluded, the NH DMV can (and in many instances will) suspend your driver’s license or driving privileges.  This license suspension can run on top of (known as “consecutive to” in legal speak) any license suspension that the court already gave you.  A Negligent Driving conviction carries 4 demerit points at the time of this writing.

This article is not intended to scare you or to make you think that a Negligent Driving conviction is the end of the world.  It is not.  But, at OSBORNE LAW, we have met with many good people over the years who were falsely lulled into pleading guilty to a Negligent Driving.  These folks thought that because the fine for Negligent Driving was relatively low and the court did not suspend their license, they were all set.  Little did they realize that the NH DMV would be knocking at their door one day and calling them in for a demerit point or habitual offender suspension.

The New Hampshire Motor Vehicle code is written with the intent of keeping all of us (and our loved ones) safe on the Granite State’s highways and byways.  Such a goal is desirable for sure.  Nonetheless, that same motor vehicle code contains many pitfalls for the unweary and ill-advised.  If you are dealing with a Negligent Driving citation, do not assume that all will be well if you “just go down to the court and pay my ticket.”  At OSBORNE LAW, we are ready and happy to help you avoid any unforeseen traps that await you. To speak with a negligent driving lawyer today. Contact Mark at 603-595-5525.