HAVE YOU BEEN ACCUSED OF SEXUAL ASSUALT?

When you are accused of sexual assault, your life as you knew it is over. In the blink of an eye and with the click of a handcuff, your freedom is at risk, your job is in jeopardy, your reputation is in tatters, and many of your friends, co-workers, and family members will jump ship faster than rats on the TITANIC. 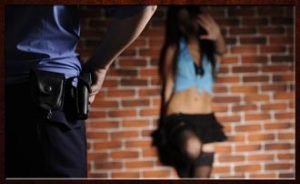 Your FREEDOM is at risk because police and prosecutors frequently ask for high cash bail following an arrest for sexual assault.  Bail is the amount of money that you or your family has to pay the Court in order for you to be released from jail and to live at home during the pendency of your case.

Your FREEDOM is at risk because if you are convicted of a sex assault crime, you will may spend months, years, or decades in jail/prison depending on the seriousness and relaiability of the accusations.

Your JOB is in jeopardy because many bosses and most companies don’t give a hoot abut your presumption of innocence. Nor do these bosses and companies for whom you slave on the daily care about your chances of being found NOT GUILTY at trial.  Most employers want a squeaky-clean image and are typically not comfortable with the idea of an ALLEGED sex offender working for them.

Your REPUTATION is in tatters because many police departments (and we will gladly tell you which ones) care more about press releases, headlines and accolades than they do about your right to a fair trial and an impartial jury.  Following your arrest for sexual assault, these police departments are all too happy to put out a press release saying how terrible of a person you are, and of what sex crimes you are accused.  And, if and when you are found not guilty, you can be sure that those same police publicists won’t be issuing a retraction on your behalf anytime soon.

Your REPUTATION is also in the toilet following a sexual assault accusation because even if the judge dismisses your charge; or a prosecutor drops it; or a jury says NOT GUILTY after your trial, the alleged victim will still spend the rest of her/his life on social media telling everyone how guilty you are and that the judge or jury just got it all wrong when they let you walk out the courthouse door. Similar sentiments are bound to be echoed by prosecutors and police.

Your CO-WORKERS, FRIENDS, and FAMILY will abandon you (some not all) because people are sheep and they tend to scatter when the big police dog barks.  Most people aren’t interested in facts, truth, or your side of the story.

So, what can you do?  Here is a checklist to immediately follow if you are accused (or likely to be accused) of sexual assault:

2) Call a lawyer!! (NO this is not a typo. Its just that this is really damn important advice that bears repeating.)

Before you have even a minute to gather your thoughts and recover from the accusation  hurled at you of sex assault – police detectives will want to interrogate you and get you to admit to some kind of wrong doing.  Or, police will try to get you to make a statement or admission about some seemingly innocent or innocuous behavior – and then use it against you at trial later on.  The fact is, even if you deny the sexual assault allegation wholeheartedly, you will probably still be arrested, charged, and indicted for sex assault.

Remain silent! It is your most sacred right, especially under these circumstances.

Let your lawyer advise you as to whether it is a good idea for you to speak to the police. Do not try to make this decision on your own.

And No! – Police will not simply assume you are guilty if you choose to remain silent.  Rather, they will simply assume you are guilty because someone else told them you were guilty and they really don’t care what you have to say.  BOTTOM LINE:  You will never talk yourself out of an arres if the police believe the alleged victim.  Let me say that again.  You will NEVVVVVEERRRR talk yourself out of an arrest if the police believe the alleged victim.  Don’t even try.  We at OSBORNE LAW promise you that the conversation (i.e. interrogation) will not go as you hope.  We have seen several caes where innocent people go to speak with the police, tell a very logical and fact-based story that clearly shows they are innocent of sex assault, and they police still arrest them and charge them with sex assault.  Save your explanation for the jury because aside from your lawyer, they are the only people who will care what you have to say.

4) AVOID YOUR ACCUSER every which way.

Do not speak to, speak of, text, call, email, or message your Accuser in anyway. Let your lawyer decide how to deal with your Accuser. Any attempts by you to confront, question, or comfort your Accuser will make your problems worse.  Your attempts will get you charged with WITNESS TAMPERING, and anything you say to your ACCUSER will be used or twisted against you in court later on – I guarantee it.

If you get arrested for communicating (or attempting to communicate) with your accuser, you are guaranteed to spened the next several months or year sitting in a jail cell as you await your trial date.

You are not Harrison Ford, thus you are not The Fugitive.  Running, hiding, or evading police

will only make you look guilty in court and in the public eye.

Running from police can also get you charged with other crimes like Resisting Arrest or worse.

Running from police only convinces a judge to set a high bail, thus keeping you in jail as your case winds through the courts.  It is awful to have to deal with accusations of sex assault, but it

is easier to deal with it from the comfort of your home and lawyer’s office (we have a nice office at OSBORNE LAW) than from a jail cell for nine (9) months.

Perhaps most importantly, your flight could be used against you in court by the prosecutor as a “consciousness of guilt.”  In other words, a prosecutor will say to your jury – “Hey this guy is guilty – which is why he ran.  Innocent people don’t run.”

Who needs any of this added stress and negative light when you are fighting for your life and freedom?

The reality is that sexual assault happens more often than we know.  Another reality is that people are regularly falsely accused of sexual assault.  Sometimes people lie about having been sexually assaulted when they weren’t.  Attorney Mark Osborne has seen both sides of these dual realities as both a former prosecutor and a defense attorney.

Attorney Osborne has represented the innocent and the guilty.  At OSBORNE LAW, we know every case is different and unique from the next.  We don’t judge.  We strive to get to the bottom of things, and then we fight for you.  While everyone else is running from you, we stand by you. If charged with sexual offense or rape in NH, Contact sexual assault lawyer Mark Osborne Today at 603-595-5525.