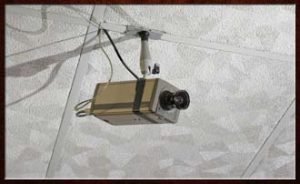 In New Hampshire courts, the terms Shoplifting and Willful Concealment are typically used or charged interchangeably.  While we at OSBORNE LAW do not believe that technically they are the same crime, the consequences and manner by which they are handled in court are not very different from one another.

Judges and prosecutors in large retail areas are almost always in agreement that Shoplifting and Willful Concealment are terrible crimes and offenders need to be punished with high fines and perhaps the threat of jail.  Prosecutors and judges in smaller, non-large retail (no big box stores) are not always as harsh – although they still frown on theft and will punish you depending on the value, the amount of items taken, the reason for the act, and your prior criminal record.

What is most important for you to understand is that whether it is a single candy bar or a ton of clothes (bathing suits and thongs seem to be a favorite for some reason), Theft, Shoplifting and/or Willful Concealment are usually charged as a MISDEMEANORS (i.e. a criminal offenses) which locks you into a criminal record if convicted.

A Shoplifting and/or Willful Concealment arrest or conviction can ruin your reputation, destroy job opportunities, adversely affect education applications, and bring about a whole other slew of consequences that may be unique and specific to your situation.  Shoplifitng, Willful Concealment, and Theft almost always carry a risk of immigration consequences (including deportation) for non-citizens.

At OSBORNE LAW, we have found that Shoplifting and Wilfull Concealment behavior is usually not about greed or a desire to steal.  Rather, it is a way by which people in a bad mental/emotional spot “act out” or seek attention when they are undergoing an enormous amount of stress or neglect in their lives.  We have seen instances of Shoplifting, Willful Concealment, and Theft committed by educated people, rich people, elderly people, grandparents, legal immigrants with green cards and wonderful families, neglected house wives, stressed out husbands, and on and on.  At OSBORNE LAW, we have seen an array of items shoplifted or concealed ranging from cans of tuna, a steak, bar stools, a key chain, hand sanitizer, jeans, and yes – thongs.  Always with the thongs.

Regardless of your life circumstance or economic status, Attorney Mark Osborne understands that anyone facing a multitude of stress and sadness can find themselves ultimately arrested for Shoplifting and Willful Concealment.  At OSBORNE LAW, we always recommend to prosecutors and judges mental health remedies instead of jail or probation.  We community service hours for our clients instead of high fines and public humiliation.

At OSBORNE LAW, we won’t conceal the realities of the criminal legal system from you. Nor will we steal from you your hopes for a swift, favorable, and fair resolution.  If you are wrestling with a Shoplifting or Willful Concealment arrest, it is time to get on with your life.  Don’t be paralyzed into non-action by your embarrassment or fear.  At OSBORNE LAW, we are ready to help you. Arrested for Shoplifting in NH? Contact shoplifting lawyer Mark Osborne Today at 603-595-5525.